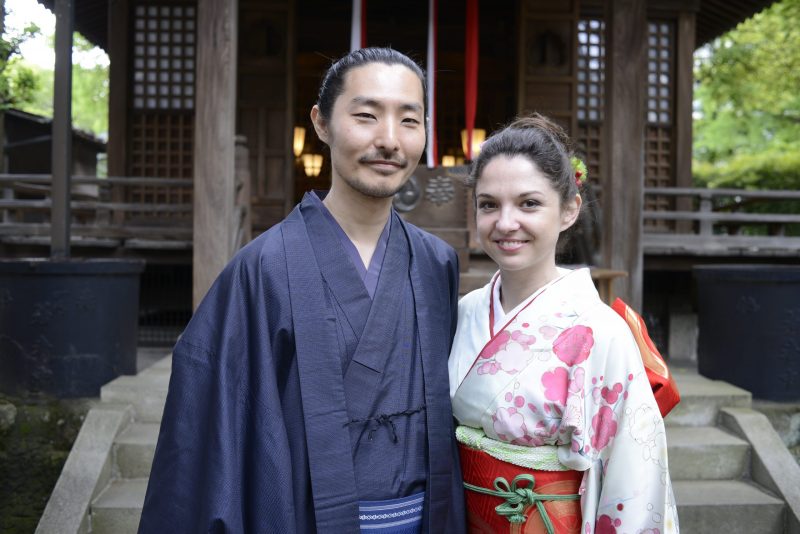 Coming both of them from craftsmen families, Caroline and Yuji are sharing the interest for travels, beautiful crafts and quality fabrics.

They love to look for new raw materials and imagine new designs that will transform those magnificent transitional Japanese fabrics by giving them a more modern use. Since he started to work, Yuji has always worked in the textile industry; first in the ready-to-wear, then for costume tailors and finally in the interior design sector. Before leaving Tokyo, he was working part-time in a second hand kimono shop in the area of Yanaka in Tokyo. Except for a few sewing trials in his twenties, he had never dared going behind the sewing machine and it’s in early 2019 that he decides to give it a try that will turn into a great success! His father and grandfather were both craftsmen and were making baseball gloves for professional players. His talent must certainly be partly hereditary !

As for Caroline, she arrived in Japan in 2013 after completing a master degree in French Foreign Language and a few years of teaching experience. It was her first time in Japan and she instantly fell in love… for Tokyo and of course, for Yuji!

Married in 2015, parents of a little son in 2017, Caroline decided to shift towards tourism in 2018 when she became a freelance private guide for French travel agencies. To the biggest joy of its creators, Monoya Tokyo is growing at the same time !

Since the end of November 2020, the couple is located in downtown Albi, in the southwest of France. Their workshop can be visited by appointment. Do not hesitate to contact them for more information.

"I bought two small purses to offer as gifts, which delighted their recipients as much by the beauty, the delicacy and the originality of the products. Very efficient customer service as much in the proposed choice of the different models, the price of the order, the payment and We are very satisfied and will certainly recommend Monoya Tokyo for a next gift!

“The materials and the handcraft are of a great quality. I recommend the seriousness and the availability of Caroline and Yuji whose work deserves to be known more widely!”

“Thanks to Caroline and Yuji, I have a beautiful traditional kimono vest of exceptional quality. Their fabrics are really beautiful and the finish of their products is perfect. My next goal is to have cushions for my living room.”

THEY TALK ABOUT US

Find out here what the media are saying about Monoya Tokyo through these interviews and dedicated articles. 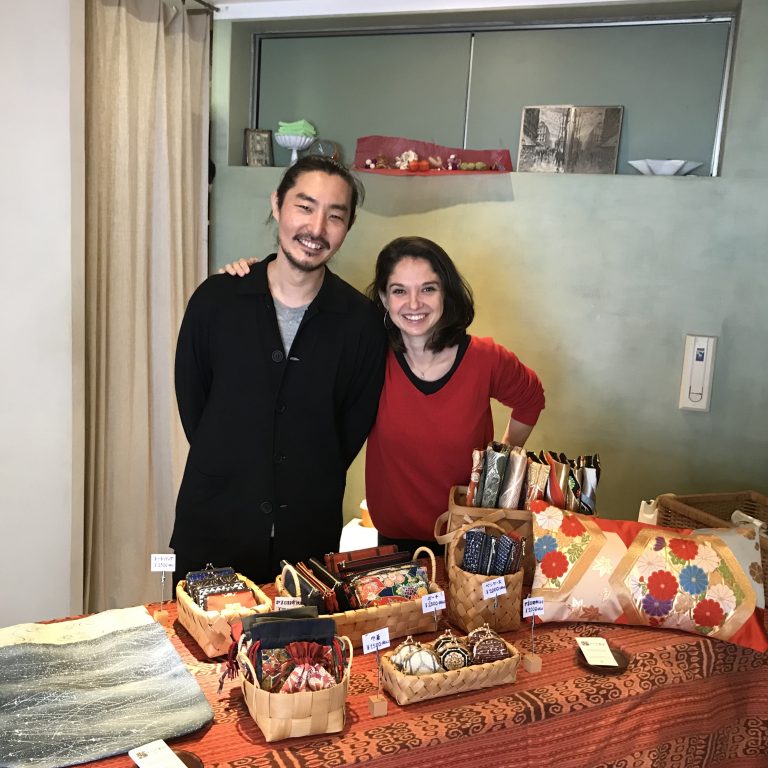